How To Help The Poor

By on
Spread the love

Follow The Rule: No Creativity, No Property To Help Poor People:

Since the sources of creativity reside in every human being, we must design a politico-economic system that is accessible to everyone, from the bottom to the top of the social ladder. We must protect and strengthen everyone’s freedom, without exception. It is necessary to conceive of social institutions which liberate the virtues of the men of the people.

Moreover, every human being is an incarnated spirit, composed of a body and a soul. This means that freedom of the mind must be able to express itself in the material world if freedom is to operate in history. From this consideration, Thomas Aquinas deduced the necessity of private property. If individuals do not have the right of ownership, their freedom of action is mutilated. But private property also connects generations, encouraging every human being to work not only for himself but for those he loves, who are born after him. An additional reason for a private property regime is that it serves the common good better than any other. Many centuries ago, Saint Bonaventure explained this in a story: 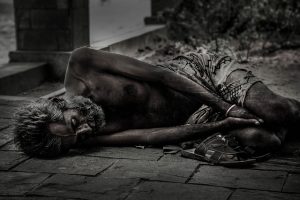 “Do you know the story of the donkey of the three villages?” It was in the valley of the moon, there was a large barn near a mill, and to be able to transport grain, there were three villages. Heard of buying a donkey and leaving it in the barn.

“An inhabitant of the first village went to fetch the donkey and took him home, loaded him with a heavy sack of wheat and brought him to the mill. While the mill was walking, he let the animal graze, but the fields were bare.

“The next day, a second village villager picked up the donkey and took him to his farm, loaded him with a heavier burden than the day before and, without feeding him, took him to the mill. he had finished grinding, and had brought the flour home, he brought the donkey back to the stable, thinking he must have been well treated the day before, and he left the donkey saying: “I’m swamped today.” Two days had passed, and the donkey had not had anything to eat.

“On the third day, someone from the third village came to pick up the donkey and loaded it with an even heavier burden.” This donkey belongs to the municipality, he remarked, so he must be strong, “and he took the mill, but on the way back, once the ground wheat, the donkey dragged and stopped often. The villager had to whip it and, after a hard effort, they arrived at the stable. Complained: “The municipality has bought a funny donkey to serve three villages! It’s not worth anything. “And that day, the animal was no longer fed.

“Guess how it all ends?” On the fourth day, the poor beast collapsed and was cut up.

As the story told by S. Bonaventure shows, traditional precapitalist societies have themselves learned through experience that a private property regime better serves the common good than a collective property regime. That’s why most of them have opted for private property regimes, markets, incentives. These techniques are not peculiar to capitalism. They are traditional and precapitalist. A truly capitalist society cannot appear before an additional conclusion has been reached, and society has been organized around it: namely, that it is the spirit which is the cause of the wealth of nations; and, therefore, institutions favorable to invention, discovery, 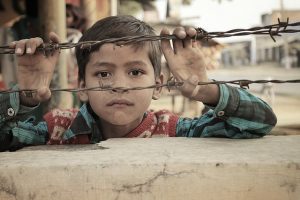 Human creativity is based on individual ownership. Ideally, a just society should extend ownership to all. The property does not necessarily concern the land. It can consist in the general diffusion of the private property of the means of production, for example when the employees hold shares of the companies where they work, or in the capital of plans of saving for the retirement, etc.

But property also applies to the creations of the mind (10). One of the essential steps taken by those who shaped the political-economic system of the United States is found in Article 1, section 8, No. 8, of the Constitution: “The Congress can promote the progress of science and industry by providing authors and inventors with an exclusive right over their writings or discoveries for a certain period of time. ” This is an important concept that is entering the law here. An essential form of ownership is that of ideas, which are at the heart of creativity. Since then, experience has shown us that creators such as authors and inventors are stimulated by incentives, and in particular by the prospect of benefiting for some time from the fruits of their discoveries. Of course, if these ideas do not contribute to the common good and are not appreciated by people, they will not bear fruit in the immediate future. But if, on the other hand, they concur, then the authors and the inventors will have their share. In this way, an immense wave of discoveries and inventions was able to unfold, according to a systematic, socially arranged process, for the first time in human history.

Philosophically and theologically, a regime that tends to disseminate private property as widely as possible puts people in a position to act in the material world with the real instruments that belong to them. But as to whether a private property regime better achieves the common good than any other, it is not a philosophical or theological subject, but an empirical one.

The regime of private property has been mainly rivalry in the course of history, on the one hand, with the tribalism that Julius Caesar described in evoking the Germanic tribes of his time and, on the other side, with the ideological socialism of the nineteenth century. In practice, tribal collectivism has proved incapable of bringing the common good to a level as high as private property regimes. That’s why he started to disappear from history. In practice, it is almost the same thing that seems to happen to the socialist governments of today. The decline of socialism is in human nature. As S. Bonaventure could have written: “Who would stay awake all night near a sick cow?”

However, our problem is not ideological, although it is a question of the system and therefore requires a theory. In itself, it is a practical problem. It comes down to this: how to make sure that the poor of Latin America are no longer poor? The problem could be solved by the year 2000, or little later, provided there are some social changes. The people of the Far East have done the same thing since 1965. They are still low and have fewer natural resources, but they have been successful in this short period. This is proof that it is possible.

Is it possible for a psychic to help me with my money problems?

How School Can Help The Poorest

Understanding How The Concept Of Poverty And Disability Is Intertwined

Our motivation is to give online emotional well-being and wellbeing training.

We want to spread mindfulness through the support of emotional wellness by giving logically precise and up and coming inclusion of psychological well-being and sickness themes. We expect to teach, index and provide moving wellness data that compliments, yet does not supplant, the restorative counsel of individual therapeutic experts. Read More