How School Can Help The Poorest

By on
Spread the love

At the invitation of ATD Fourth World, some 400 actors from the world of education have developed this weekend, several proposals for disadvantaged students to succeed as much as others. The analysis of Bruno Tardieu, national delegate of the organization.

What can the school do against extreme poverty? The central issue on which have worked, this weekend, at the ENS Lyon, some 400 people (teachers, parents of students, researchers, young …) at the initiative of ATD Fourth World. Review of these meetings with Bruno Tardieu, national delegate of the organization.

Why such an initiative? 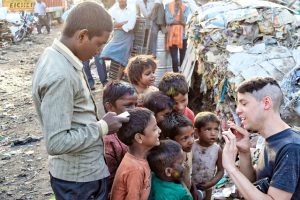 The most modest families do not just hope for survival and a roof. They are like everyone else: they want their children to progress and not suffer the suffering they have endured. However, it is a fact that impoverished children fail more often in school. And especially in France. As the most recent report of the Economic and Social Council on inequality at school shows, our country, within the OECD, is one of those with the highest correlation between academic achievement and social background. A situation that is getting worse. Ten years ago, a worker’s child was ten times less likely to go to school than a child of a manager. Today, it is fifteen times less … But, contrary to what some people think, it is not inevitable. That’s why we decided, for the first time,

Why is the school failing to move all children forward?

Bruno Tardieu. Already, I think that the different educational actors are too camped on their positions, the parents blaming the teachers and vice versa. Above all, the idea that disadvantaged children are less intelligent than others has a hard time. We know that this is not true. But what is also known is that man is constructed and learned through his encounters, through the trade he has with others. However, socially excluded youth, singled out and stigmatized, tend to remain silent and not to dialogue with others. The school must be able to remedy this kind of situation.

What ideas do you propose?

There is the idea of creating a parent space in all schools where teachers and families could regularly confront their view of academic difficulty. We want to better train teachers in the social diversity of students and especially related issues. It also seems important to us that the school can make cultural and collective projects based on cooperation with the neighborhood. Another strong proposal is to ban the competitive spirit between students in favor of emulation. In particular, we must develop all so-called “cooperation” pedagogies in which the “strongest” encourages the “weakest” instead of driving it down. All these proposals have yet to be finalized.

Is it possible for a psychic to help me with my money problems?

How To Help The Poor

Understanding How The Concept Of Poverty And Disability Is Intertwined

Our motivation is to give online emotional well-being and wellbeing training.

We want to spread mindfulness through the support of emotional wellness by giving logically precise and up and coming inclusion of psychological well-being and sickness themes. We expect to teach, index and provide moving wellness data that compliments, yet does not supplant, the restorative counsel of individual therapeutic experts. Read More